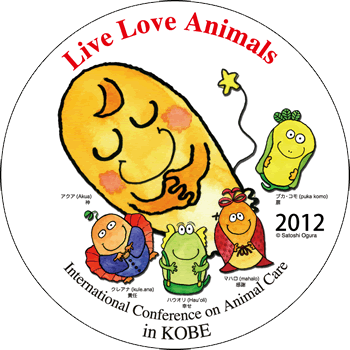 How we can control infectious diseases:
Intervention in the mother-to-child transmission of HTLV-I in Nagasaki, Japan, for 24 years.

Reducing the risk of infectious diseases is a major global issue in the 21st century. More than 20 million people annually die due to infectious diseases. Most of them are in tropical and subtropical regions including the sub-Saharan Africa, and they die from curable diseases such as diarrhea, pneumonia, malaria, measles, and so on. People from developing countries within these regions have hardly received any benefit from modern medical science. Additionally, mankind has been facing the global-wide risk of several newly emerged infectious diseases, which include Ebola, AIDS, SARS, and pandemic Flu. More than half of these have emerged through invasion of animal pathogens into human communities. The reclamation of woodlands, for example, has increased the chance of malign contact between human and animals, and the efficiencies of modern transportation systems have helped the emerged pathogens propagate more easily all around the world.

In my lecture, which will introduce an intervention program deployed to reduce the prevalence of HTLV-I, a causative virus of adult T-cell leukemia (ATL), in Nagasaki Prefecture since 1987, I shall discuss how we can control infectious diseases.

Approximately 25% of cancers in Japanese people are etiologically related with the infection of viruses. Almost all the cases of hepatic cancer, cervical cancer, and ATL are caused by hepatitis B/C viruses, human papilloma virus, and HTLV-I, respectively. Therefore, successful prophylaxis against the viruses theoretically will lead to a dramatic decrease in the number of patients with these cancers.

ATL, a highly malignant and incurable leukemia, was identified as a new clinical entity in 1977. Some unique epidemiological features of ATL strongly suggested the involvement of infectious agents, and successively the causative virus, HTLV-I, was isolated in 1981, then soon after, Nagasaki was found to be heavily endemic for HTLV-I. The annual incidence of ATL in the Prefecture was about 100 which equated to 1% of total deaths. This prompted us to conduct a study to elucidate the major transmission route of HTLV-I in order to develop prophylactic measures. Intensive epidemiological studies and animal experiments strongly suggested that ‘mother-to-child transmission via breast feeding’ was a major pathway.

In order to test the idea, and to reduce the prevalence of HTLV-I, an intervention program named “ATL Prevention Program, Nagasaki”, was started in 1987 through the collaboration of Nagasaki University, the Obstetrician Association, and the Prefectural Government. The program consisted of, (1) the serological HTLV-I screening of all pregnant women, (2) advising infected pregnant women to refrain from breast feeding, and (3) serological follow-up of children born to infected mothers. This has been continued up until the present for the past 24 years. So far we have tested 255,300 pregnant women including 8,500 infected women. More than 90% of them agreed to refrain from breast feeding.

Our results have shown that breast feeding transmits HTLV-I to about 26% of children, whereas if women refrain from breast feeding, this rate reduces substantially down to 2.7%. Therefore it is estimated that the intervention program has prevented more than 2,000 cases of mother-to-child transmission and more than 100 ATL cases. Moreover, we readily expect that the rate of infected pregnant women, born after the start of the program, will be dramatically reduced and that the annual incidence of ATL in Nagasaki Prefecture will be less than 1% within the next generation.