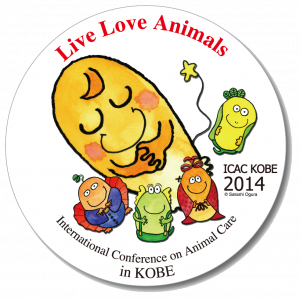 Rabies, a neglected zoonotic disease, remains as a serious public health problem in Bangladesh. The disease exists worldwide except few countries.  Africa and Asia bears the major burden of rabies though it is prevalent in South America also.  It is believed that about 70000 peoples die worldwide every year from Rabies. In the Asian continent, South­East Asia is the hot seat with India  being  number  one  country  in  the  world  with  as  high  as  20,000  cases  annually.     In Bangladesh >2000 peoples die every year from Rabies. Most (88%) victims are from rural area and  majority  of  the  victims  are  children  (49%). In 99%  cases dog transmits  the disease. In Bangladesh, there are about 1.2 million dogs of which 83% are stray. Achieving herd immunity through  mass  dog  vaccination  (MDV)  is  believed  to  be  the  preferred  method  for  rabies elimination.  Along with other three strategic approaches, MDV has been adopted as the most important  component  for  elimination  of  rabies  in  Bangladesh  by  2020.  The  country  piloted MDV  in  Cox’s Bazaar  Municipality  area  in  2011.  Then  it scaled  up  MDV in 54  out of 64 district municipalities of the country. The country has to conduct three rounds of MDV in all the  areas of its territory within 2016. Rabies elimination has become a good example of One Health with multisectoral involvement. Communicable Disease Control Unit of Directorate General of Health Services has  been  orchestrating the rabies elimination activities with assistance of two other ministries and different international organizations and development partners.  Roughly 20 million USD would  be required for MDV campaign. Bangladesh  Government  will  be able to born the major budget requirement. Bangladesh started modern dog bite management (DBM) in 2010 in one centre and by 2012 the country has established DBM centers in all the 64 districts of  the  country with trained physicians and free vaccines. A reduction of rabies cases by about 50% has been noticed in the country.   If the same trend continues, the country can really hope to achieve the target of 90% reduction of rabies cases by 2015. So by combining DBM, MDV, dog  population  management  (DPM)  and  advocacy,  communication  and social  mobilization Bangladesh  can  celebrate  its  50th  anniversary  (in  2021)  of  independence  as  a rabies  free country.