Conservation and Management of Wildlife – Protecting Habitats and Effective Usage 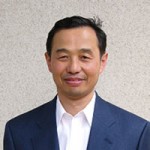 The aim of this workshop is to discuss building a common ground towards both the successful management of sika deer population (which has brought an overall negative effect on ecosystem, even beyond damaging agriculture and forests), and protecting rare birds of prey . Likewise the decreasing of hunters population, traditionally, has always managed wildlife populations, and a breakdown of hunting systems, are imminent. Due to efforts to protect and breed rare birds of prey, the habitat and reproduction has been organized. However, such habitats are also refuges for deer which has made the population control very difficult. This is because protecting birds of prey is handled on the basis of individuals, whereas the control of deer is based on populations. One reason for the problem is that, for both these populations, there is no unified view points to consider the ecosystem management. At this workshop, our speakers will talk about the issues for conservation and management deer and rare birds of prey, the methods for maintaining hunting systems (while promoting effective use of deer), how to train sharp shooters who can solve the wildlife problems specific to local area, and how to conserve habitats. Based on thease knowledges, we will discuss how to control overabundance wildlife populations and to protect endangered species. 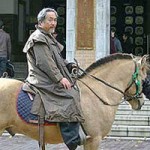 In recent years, the numbers of Yezo deer have been exploding, and these numbers are expected to continue to increase. Even though 78,000 deer were caught last year, it is calculated that even if it is females only, at least a further 40,000 deer need to be eliminated (ref: Hokkaido Yezo Deer Protection and Control Committee). It is estimated that deer in Hokkaido now number more than 400,000, a figure that even exceeds the 300,000 beef cows being raised in Hokkaido. Considering that feed for the beef cows has to be supplemented by mostly imported crops, the deer only have Hokkaido’s natural grasses to graze from. So in the background of this explosive deer population is the grasslands limited development as a food source plus the increased areas of winter-time shelter for deer as the conifer forests expand. Dietetics studies indicate that the quantity of grass resources in Hokkaido alone cannot support the current numbers of Yezo deer.

In the deeply fascinating book, ‘Godly Wolves’ (which looks at wolves in the Mongolian grasslands and the relationship between Man and grazing animals) there is a comment that the “grasslands may be a big life but they are also a thin life”. Whichever kind of population increases, the grassland environment dies. We really must think about the over-population of deer more seriously.

Consumptive and Non-consumptive Use of Wild Animals

Originally, many species of wild animal were a high resource utility and consequently utilized for consumption and hunting to provide raw materials for foodstuffs, craft products, etc. It is a fact that many species were forced into extinction as a result of such exploitation. At present, however, even the International Union of Conservation of Nature (IUCN) doesn’t deny the right to exploit wild animals for consumptive use, but instead points to the value of such use in conservation biology. Bearing this in mind, the consumptive use of deer should be positioned as one of the measures aimed at “appropriate control of group and habitat environments”, and should not be carried out merely in pursuit of profit. Hokkaido Prefecture’s Conservation and Management Plan for Yezo Deer takes as its start point the status of Yezo Deer as a common natural resource of the people of Hokkaido. Recently the use of Yezo Deer in the context of population adjustment has been growing and it has also has become a topic of conversation.

On the other hand, utilization aimed at “obtaining spiritual comfort” and at “increasing interest in and understanding about nature” through wild animal observation including recreation and this is considered to be non-consumptive use. In the case of Yezo Deer, this method of use has also been developed, and the positioning of these animals as an educational resource, particularly for the future, is also gathering widespread attention. Despite reports of the negative impact of large numbers of wild animals on natural vegetation from places all over the country, many people have a sense of aversion to the capturing and killing such animals as part of a population control strategy. However, taking the trouble to talk on suitable occasions for public edification about the actual situation of serious destruction of natural vegetation caused by these animals and the efficacy of capture and killing as part of an overall environmental conservation strategy can be very effective in sweeping away this aversion. 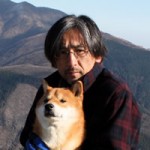 In order to protect raptors, the following are essential: 1) The securing of their habitats, 2) securing of nesting places, 3) securing of ample food, and 4) awareness education for people. Around the world, habitats are being lost due to deforestation, agriculture and cattle grazing. Birds which attack livestock and birds for sport are also targets. There are also numerous reports of raptor populations under threat due their eggs not hatching because of poor shell thickness. This is a result of their food being contaminated with agricultural chemicals. In Japan, while raptors are not being targeted directly, in recent years the effects of changes to their environments caused by construction projects (large dams, roads, resort developments etc.) has become a matter of concern. There have been some fierce and vocal arguments on the topic of raptor protection versus development needs. As a consequence, the media have made raptors well known to the general public, and ‘awareness education’ has had an effect. Those people more directly involved have seen several attempts to protect habitats while aiming for more balanced development and protection. At this workshop we will use some raptor-issue case studies to share a common understanding of the related difficulties and the importance of habitat protection. Discussions will investigate what is necessary to more appropriately evaluate the cause-factors and influences.

Wild Animal Protection and Control through Chart and Mineral Sample 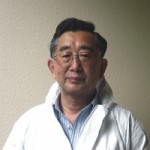 The rescue of injured or diseased wild birds and animals has its origin in an ‘animal-protection consciousness’ that can be defined as people’s fundamental kindness, empathy for and wish to alleviate the ‘suffering’ or ‘pain’ of others. Answering this human instinct to rescue, our veterinarians voluntarily help with injured or sick wildlife in between their main job treating animals that are pets or owned.
In recent years, and in order to meet citizen expectations, many prefectures in Japan now provide wildlife protection centers, hospitals or adoption systems. Some even have training rehabilitators.

However, because of financial difficulties now facing prefectural governments, the prefectures will not cover treatment of pests or birds and animals that are hunted. Therefore, animal hospitals (veterinarians) are often in a difficult position caught between the citizen feelings and official policy. This is also affected by the real potential and increasing danger that ’Zoonosis’ (eg. SARS, birds flu, West Nile virus, etc) will enter Japan.

90% of wild animals treated at animal hospitals are birds and each year the species involved changes. 45% of the birds sheltered are designated as pests targeted for elimination. Raptors (birds of prey) account for 10% of all sheltered animals and most of those rescued are in need of surgical treatment. By analyzing mineral samples taken from wild bird feathers, the species and regional differences are now becoming better understood. It would be beneficial if this could be used to contribute to the improved protection and management of wild animals in the future.

Sika Deer Management in Hyogo Prefecture – Currently and in the Future 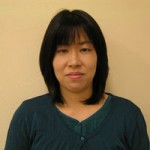 There are over thirty kinds of different mammal species in Hyogo Prefecture, and these have had close relationship with humans for a long time. Human activities have greatly affected their numbers and distribution. Sika Deer in particular declined to threatened levels by the early 20th century.
Following World War Two, the number of sika Deer gradually recovered due to protection policies from hunting. Then, around 1980s, the numbers began to increase dramatically, especially in the South Tajima Region, where is the core area of sika Deer population in Hyogo. Today the population has grown and expanded form their ranges. Associated with population increase, agricultural crop damage and forestry were reported to have reached half a billion yen. In South Tajima, high density of sika Deer continued to more than 20 years, understory of vegetation in their habitat have been exposed overgrazing. The concern is that these impact affected biodiversity of local ecosystems. Another serious concern is that the distribution of sika Deer expanded to the alpain area and the alpain flora also exposed heavy grazing of sika Deer.

Due to this untenable situation, Hyogo Prefecture established management program of sika Deer to prevent severe impacts on agriculture and forestry. To manage sika Deer population number, hunting regulation relaxed gradually from 1999 and harvested 20,000 deer in 2008. We research center monitoring the deer densities, pregnancy ratios, age composition, and vegetation level in their habitat. These monitoring is conducted each year to make sure the deer are not over-culled.
The method of carcass disposal is also a big issue. Today, the traditional culture of using deer for their venison or skin no longer exists so the carcasses are buried or incinerated, the costs for which are borne by local taxpayers. Consequently, deer are now beginning to be re-evaluated as a valid natural resource. At this symposium, we will introduce the measures that Hyogo Prefecture has taken so far and discuss what our objectives ought to be for better managing sika deer in a way that also considers the conservation of the local biodiversity.