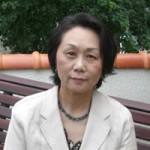 When I opened an animal hospital about 30 years ago, a dog aged 10 years was an old dog. I would comfort the owners. Nowadays however, even larger breeds can sometimes live as long as fifteen years. Together with this longevity, however, old-age related diseases have become commonplace. ‘Not walking well’, ‘sleeping all day’, ‘barking at night’, ‘losing fur’….all these symptoms are often regarded as ‘simply a part of old age’. However, there are causes behind them and they need to be understood. Both humans and dogs go through much the same aging process.
Of the many diseases related to old age, today’s workshop will focus on ‘dementia’, ‘joint disease’ and ‘cataracts’ which all show typical symptoms and are relatively easy to distinguish. We will discuss measures that can slow down further deterioration, even if the diseases themselves cannot be cured completely. We will discuss better ways for looking after these older dogs which can ease the stress on both dog and owner.
Our final duty as owners is finding ways to give our pets a more comfortable old age in return for the joy they have brought us.  So we want this workshop to help you and your much-loved dogs become better partners throughout both your lives. 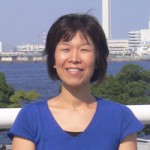 Osteoarthritis is a joint disease in which cartilage deformity is caused by a break down in the balance of cartilage formation and decay. There are two causes and one is primarily due to aging. The other and secondary cause is an abnormality which can occur during the growing period or due to injury. Obesity and excessive exercise can also lead to deterioration.
Osteoarthritis symptoms in dogs include an ‘unwillingness to walk’, or the animal ‘doesn’t play as much as he used to’, ‘doesn’t look so well’, ‘hesitates with stairs’, and ‘slowed movement’. Even if owners do recognize such symptoms, they more often than not simply assume it to be normal old age. However, if the disease is not attended to symptoms can grow worse, and the resulting pain will seriously disrupt daily life. Unfortunately, because osteoarthritis is not curable, it is necessary to focus on easing pain and halting progression of the disease. To achieve this, weight control, appropriate exercise and daily care are important. If the pain is severe, then medication may also be necessary. Using joint supplements such as glucosamine and chondroitin can also be effective treatments.

Dementia in Older Dogs
Dr. Keiko ISHIKAWA
(Technical Education Department, Kyoritsu Seiyaku Corporation)
‘Dementia in dogs’ is defined generally as ‘that situation when, along with normal aging, the animal suffers a rapid decline in its activity and movement, or is becoming difficult to keep’. Some common symptoms include ‘night time barking’, ‘sleeping during the day but waking during the night (day and night reversal)’ ‘walking around aimlessly’, ‘retreating into a confined space, yelping’ and an inability ‘to recognize its owner’. However, even if an older dog does exhibit such symptoms, it does not necessarily mean a diagnosis of dementia – it may be another basal disease.
In Japanese dogs, mixed breeds have the most occurrence of dementia, followed by Shiba and Kishu breeds. In fact, as 80% of dementia cases are found to be in Japanese breeds it can be said that dementia is a particular characteristic of Japanese dogs. It was thought that, with the aging of dogs advancing, the number of dementia cases would increase overall. However, surprisingly, since 1994 the occurrence rate has not changed so much. It is believed this may be because the number of Japanese breeds is decreasing.
While dementia is not a curable disease, treatment with fatty acid supplements can relieve symptoms in some cases. 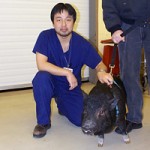 Today, with pets living longer, incidences of eye problems in older dogs are increasing.
Many of the dogs brought to our hospital with eye diseases suffer hereditary ailments. The particular theme of this workshop is cataracts and, in the case of the dogs we treat, over 70% receive diagnosis and surgery between the ages of 2 and 4. However, the number of consultations for cataracts in dogs from older age groups is increasing.

When a pet owner notices a ‘murkiness in the pupils’ of their dog, it is first necessary to find out the part of the eye where the problem is happening. The eye has a transparent body structure (cornea, anterior chamber, crystalline lens, vitreous body). It is the crystalline lens in particular where, for whatever reason, murkiness can occur and this defines a cataract. The crystalline lens has the same function as the lens in a camera. If the lens is not clear, light ceases to pass through efficiently. This causes a diffused reflection inside the eye, which is perceived as light that is too dazzling or distance control fails to function well. If eye sight deteriorates due to the cataract the behavior or movement of the subject animal may become limited to various degrees depending on its age and temperament, as well as environmental factors.

If a dog is diagnosed with cataracts, eye drops to slow down the progress are applied in most cases. Other than that there is no other form of treatment except for surgery. The success rate for cataract surgery in dogs has improved dramatically in the past ten years. Extremely high quality artificial lenses, manufactured both overseas and in Japan, can now be inserted..

At this workshop, we will be focusing on eye disorders in older dogs. In particular, the diagnosis, treatment, and handling of cataracts will be explained while making appropriate comparisons with the same medicine in humans. 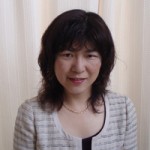 These days in Japan, the vast majority of dogs are over seven years of age and many are elderly. For more and more owners, it has become important to have a place of consultation on how they can take care of their pet dogs who have changed their habits and character with age and how they can solve the problems that accompany such changes. So, in response to requests from dog owners who wanted to solve the problems of their elderly dogs, I started giving elderly dog classes for dog owners in 2006. Today I would like to report on some actual examples from among various aging-related troubles that confront owners and their dogs and on the methods for solving them. I will also talk about the mental preparation owners can make for dealing with the frustrations of coping with aging dogs, and about how they can enjoy living with their elderly pets. These are subjects about which little information is generally available.

Firstly, even elderly dogs need a certain amount of exercise. “Simple agility” exercises can be performed both in class and at home, and will serve to help maintain the dog’s physical functions while at the same time providing the dog with the enjoyment of exercising together with its owner.

Secondly, one thing that often puzzles owners is an elderly dog’s attachment to eating. With young dogs, the urge to eat can be controlled by training. But when dogs get old, they sometimes get into a state where they damage things, wander off to unexpected places, or howl in a demanding fashion. In this talk, I will introduce a method of feeding that will make a dog satisfied even with a modest amount of food, and I will talk about the idea of “accepting a dog’s demanding howling to a certain extent” as the most desirable attitude for owners to adopt when their dogs get old.

Finally, dog owners can be expected to gain psychological stability by exchanging information and experiences with others who have had similar experiences. A network through which people can introduce each other to tips for care of elderly dogs and ingenuity in living with their pets, as well as giving owners an opportunity to talk and listen to each other’s anxieties, etc., is useful from the standpoint of providing for the mental care of owners with elderly dogs.