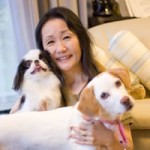 In recent years, even in Japan, the number of dogs and cats being put down has thankfully been decreasing. This is the result of efforts made by both the public and private sectors. On the other hand, this is not to say that the smaller number is by any means insignificant.

In order to deal further with the problem of unwanted animals, companion animal sterilization should be promoted. Parallel to this it is essential to improve the ability to find new owners for the abandoned animals. As part of this, a required measure is to have facilities to temporarily house the animals. However, careful consideration should also be given to the nature of these facilities and how the new owners are found – simply securing accommodation for the animals must not be the main objective.

Too often, we forget to ask ourselves if the animal is really alive in the sense of ‘Quality of Life’. Therefore all facilities should be able to secure real animal QOL. That is why it is also necessary for shelters to work actively in finding new owners who are sufficiently caring and considerate to make a happy life for both themselves and their new dog.

Only a facility with the ability to address and handle all these issues can call itself a ‘genuine shelter’. It is important for society as a whole to become at least a little more aware of such issues.

Shelter Work in the United Kingdom 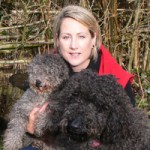 The RSPCA was founded in England in 1824 in order to prevent cruelty to animals. At that time, animals were seen as little more than commodities for food, transport or sport and there was limited compassion for them.

In its early years the Society’s primary aim was to win over the hearts and minds of the general public, and to change people’s indifference to animal cruelty.  This was achieved by highlighting the plight of animals and through the introduction of prosecution for cruelty towards animals.
By the mid 1950’s the RSPCA had identified the need for shelters to provide temporary accommodation whilst homes could be found for the growing number of unwanted and stray dogs and cats.
Over the years, this service has expanded to accommodate other species from equines to hamsters and wildlife.  Now the Society oversees 70 animal centres in the UK and Wales and expects to accept over 120,000 animals into its centres this year.
The volume of animals the RSPCA is able to successfully care for and rehome is achieved as a result of a number of factors including competent shelter management and staff training.   Effective policies and standard operating procedures have been developed dedicated to the Five Freedoms:
Freedom from hunger and thirst, Freedom from discomfort, Freedom from pain, injury and disease, Freedom to behave normally, Freedom from fear and distress.

Animals are also carefully assessed, as are potential adopters to ensure the correct match between both parties resulting in ‘Ambassador Adoptions’ which in turn, further promote the concept of rescuing a pet as a positive experience.

helter Animal Care for Better Adoptions presents Hawaiian Humane Society’s success story of thousands of homeless animals that find new families and a new life. Serving the island of Oahu’s population of 1 million people and more than 300,000 pets, the nonprofit’s wholistic approach to animal welfare and rehoming results in about 6,000 pet adoptions each year.

Success comes at a price of total commitment to the animal’s welfare and well being and encompasses integrated care that brings together health and behavior teams, foster care providers, aggressive marketing, adoptions counseling, a volunteer network, high quality customer service and post-adoption care–all working in collaboration to ensure successful adoptions.

Attendees will learn about the synergy of resources, services and programs it takes for optimal Shelter Animal Care for Better Adoptions.

An Adoption Program and the Activities of an Owners 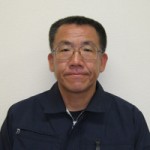 With the aim of making a society in which humans live together more harmoniously with animals, Hyogo Prefecture passed legislation for ‘Animal Protection and Management’ in 1993. As a foundation for implementing the new regulations, Hyogo Prefecture Animal Well-Being Center was opened in April 1998.

I will introduce the Center’s dog adoption program in relation to our approach of partnering with owners of our adopted dogs.

We believe that by deepening our understanding of how to properly look after dogs (on a society-wide basis), in turn, the number of unwanted animals having to be put down can be reduced.

In practical terms our Center invites prospective dog owners to join our dog adoption program, aiming to instill an understanding of correct dog-care methods within the community. Following the actual adoption we continue to keep in touch with the owners.

Of course, the effectiveness of the one-way flow of information from our Animal Well-Being Center has its limits, especially if we expect the adopted dog owners themselves to dispatch information. Therefore both our Center and our owners circle began to feel strongly the need to establish an independent ‘dog adoption owners’ society’.

Accordingly, an organization for adopted dog owners called the ‘Only One Club’ was set up in September 2004. Many owners have joined the club and, in partnership, with our Animal Well-Being Center, are pursuing activities to deepen friendships, share information and learn how to take better care of their adopted dogs. 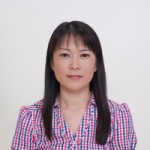 Kobe City Animal and Pet Management Center (local government) is running an animal adoption project in cooperation with CC Kuro of the Japan Animal Welfare Society (an NGO) under a unique form of management. This has been dubbed ‘the Kobe Style’, because it is unprecedented for an official organization to make a contract with an animal care and protection organization based on equal terms.

To enable the two ideologically different sides to work together, there have been several issues to overcome as both organizations have different stand points, as well as ways of thinking. However, the reason we have been able to collaborate closely on a continuous basis goes back to the shared experience and positive results of, together, managing the animal rescue operation following the Great Hanshin-Awaji (Kobe) Earthquake. From that beginning we learned how to supplement each other’s capabilities and work as best partners. In order to establish a cooperative structure (system) we have had to build trust and mutual recognition by, not only communicating well on a daily basis, but also through regular meetings at both individual and organizational levels. Furthermore, a sustainable partnership is being improved by reinforcing the organizational structure (clarifying the division of roles according to respective strengths) and by exchanging agreements and contracts. However, problems do still remain in relation to cost-sharing, use of facilities and the system for long-term and stable operations.

Japan is now seeing a rapid movement away from disposing (killing) animals towards adoption. Kobe City and CC Kuro at the Animal and Pet Management Center jointly believe that the adoption of animals is not just about being able to save as many of our animals as possible – it is also about leading to greater happiness for the animals, their owners and society at large. This new system is hopefully contributing to this movement. 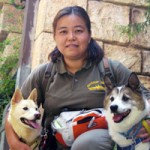 The Japan Animal Welfare Society, CC Kuro is a voluntary group supporting the dog adoption program at the Kobe City Animal and Pet Management Center. The group has been active since 2002 and was originally started by members of the Japan Animal Welfare Society. It then expanded to receive cooperation from other organizations and from the general public. Currently, CC Kuro has many volunteers, regardless of membership status, helping to clean out animal cages, socializing the puppies, taking adoption-waiting-list dogs for walks, grooming them and even temporarily looking after them. All this aims towards ensuring better adoptions.

Visits to adopted families, which used to be done only by ‘Animal Protection Promoters’, are now shared with Kobe City staff, an arrangement which allows all the households to be visited so that the environments in which dogs are looked after can be checked. As part of the national movement away from ‘putting animals down’ in favor of ‘saving animals and adoptions’ our aim is to prevent the problems associated with the ‘any animal to any home’ approach. We aim to ensure ‘suitable animals to suitable homes’. We wish to increase the number of success stories in society, improve awareness within society as a whole and reduce the misery of unhappy animals.

Towards this we believe it is important for both official and private entities to identify what they can do in their respective roles and do their utmost in those efforts.