Today, we extend our considerations to our domestic animals (livestock)

Each day, we consume 15.6g of beef, 31.6g of pork, 29.4g of chicken, 47.0g of chicken egg, 95.5g of milk and 158.7g of daily products. But when they appear on our dining table, even if they stimulate our senses by being delicious or tasting bad, we hardly ever extend our thoughts to the domestic animals that provide us with such food. Today, I would like you to take a look at the lives and emotions of domestic animals and extend them your consideration by thinking about how we should better associate with animals.

Domestic animals (cattle, livestock) are kept in order to produce food for humans. As a consequence, how we relate to, or associate with, them is often determined and left up to the cattle faming industry. To create change for the better one way forward is to enforce compliance with the Animal Protection and Control Law. However if this also leads to economic restrictions then there will be no subsequent social development. As our sense of ethics increases, we need to exceed the compliance with the law and the CSR (Corporate Social Responsibility) and establish the ‘domestic animal welfare farming’ as an industry.

The Importance of Greater Consideration for Farmed Animals

1. The Emotions of Farmed Animals
This is a question about scientists capturing the emotions or feelings (joy, pain, suffering, sadness) of animals. To do this they apply, as an index, our own senses (of feelings or emotions) for moments of behavioral or physiological change. The behavioral barometer (index) includes disturbed behaviors such as avoidance, escape, conflict and frustration, and these analogize negative emotions. Positive emotions are brought by quickly approaching movements and by sleep inducement. As for the physiological barometer (index), activation of sympathetic nervous system (increase in heartrate, increases in noradrenaline, etc.) and the activation of pituitary – adrenal cortex (increase of corticosteroid hormone) analogizes negative emotions. The comfort hormone called oxytocin analogizes positive emotions. It seems there are several factors in cattle management that cause negative emotions such as surgical procedures that include dehorning, castration and docking (cutting off tails), isolation, change of groups and transportation. On the other hand, grazing from fresh growing grass is observed to produce positive emotions compared to trough feeding on cut grass. The affectivity of normal behavior expression is suggested.

2. Complicated Society of Industrial Animals
Cattle remember the faces of their mates and people easily and it seems that they can remember these faces for more than one year. They live closely with their mates in the grazing land and, as a form of social interaction, lick each other. They need 3~4 months of living together and close kinship to have such a close relationship. From studies of feral cattle on Tokara Island, it is known that a group consists of 4 adult cows, their calves and 0~4 adult bulls in average. Cows behave solely and they are peaceful to one another when they meet. They do share time together forming a loose society which does not need any hierarchy. Pigs are as intelligent as pet animals. Basically, 4~6 female pigs and their off springs form a group and when the sows are in breeding season, a male will join the group until after mating. Their home range is about 20~30 ha, and they have special places allocated to sleeping, mud playing, eating and rubbing. Those places are connected with animal trails.
Unlike cows, pigs form very strong blood related groups. Chickens form harems and need 0.24 ~ 2 ha to live. A harem group consists of one leader cockerel, a few cocks, 4~6 hens and their chicks, which all share the same nest every day. Different to cattle, chickens form very close groups and therefore they have a social hierarchy in order to keep the social order.

The Possibility and Future of Animal Welfare for Chicken in Japan 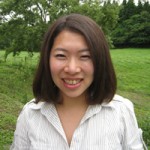 What is a ‘Pure Japanese Chicken’? About 70 % of chicken we eat normally are reared in Japan, but more than 99% of their breeding parents and grandparents (pure breeding chicken) are always imported from abroad. For `Pure Japanese Chickens’, reared and selectively bred from pure breeding chicken in Japan, so it is of great feature to be able to check the management record by a tracking system. If Avian flu pandemic, we cannot supply chicken meat stably, because we depend on imports chicken resource from abroad, In order to take measures against such a situation,  ‘pure Japanese chicken’ has been produced.

Current Situation of Meat Chicken and Characteristics of ‘Pure Japanese Chicken’
For productivity and animal welfare, it is the most important to reduction of mortality. The mortality are affected by ‘daily gain’ and ‘the density of bird numbers’. It has been argued that this is possibly due to bone development not catching up with the rapid growth of muscles due to a restricted amount of exercise. Japanese chickens grow up slowly over 60 days with only 55 chickens per 3.3 m2 of area, a regimen expected to be good for both productivity and welfare. Currently, we are researching the effects of animal welfare improvements on productivity.

To produce genuinely safe and secure chicken meat, it is essential to pursue further research, education the last and accurate knowledge for producers, provide products with accurate information and pricing by retailers, and  purchase with an accurate understanding and pricing  by consumer. I am glad that everyone would think what is necessary to ensure safe and secure food as a member of society. 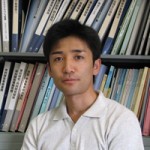 Generally speaking, from the perspective of disease prevention and productivity per-area, pigs are kept in an enclosed and standardized environment. Within this environment, pigs are extremely dependent on their farm manager for each of the various aspects of their existence. Their natural freedom is severely restricted. Therefore in recent years, problems such as production-line stress and abnormal behavior have become apparent and there are more and more indications that several improvements in the current hog-raising system need to be made. From the animal welfare side, regulations governing animal raising systems have been tightened internationally so it can be said that pork production is entering an era of major change.

In this current environment, from the point of view of food safety and livestock product quality guarantees, people’s interest in animal welfare is showing an increase both within Japan and internationally. The animal welfare influenced movement that was concerned with the cattle livestock industry has made its mark not only among researchers but also within the hog-raising industry. As a result, at this lecture, Towada Lake Plateau Farm Group – an innovative hog-raising farm that has been actively applying animal welfare ideas – will be introduced as a practical case study. Later on, research data from the farm will be used to explain about the needs and comforts that pigs require. 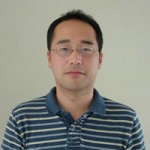 At Tohoku University, Field Science Center, Graduate School of Agricultural Science, (from here onwards ‘Field Center’), we keep a total of 200 Japanese Black Cattle and Japanese Shorthorn cattle. The Field Center manages the work of breeding, raising and also fattening the livestock. Especially, the Japanese Shorthorn cattle breed is well-suited for grazing together with an ample supply of coarse feed. Therefore at the Field Center, the cattle are kept in the higher mountains during summer and at lower levels (where people usually live) in winter. To be more specific, at the Field Center, from May till October, they graze in the vast mountainside fields stretching 600 ha 600m above sea levels. In winter, they are brought down to the cattle shed and fed on the dent corn produced at the Field Center and with a mixture of whole crop silage rice and bran. As for the rearing and management, the Field Center has developed a ‘Standards of Conduct: Breeding Management of Fattening Japanese Shorthorn Cattle from Birth to Delivery’ under which our procedures are implemented. Furthermore, enrichment is provided to the summer grazing and winter cattle shed, and rearing management methods are being practiced with consideration to animal welfare. For this lecture, the production of Fattening Japanese Shorthorn Cattle, the rearing system for fattening, and the standard of conduct for rearing management will be introduced. At the same time, the relationship between rearing methods and cattle welfare will be scientifically explained.

Pal System is a cooperative association (Coop) with approximately 1 Million members and covers the Tokyo area and eight surrounding prefectures. The livestock products handled by the Association, with only a few exceptions, are mainly raw ingredients produced by the contracted producers themselves. The company I work for, Pal Meat Co. Ltd. is a subsidiary set up with a 100% investment from Pay System. In other words, we are the Coop’s own meat shop!

Our mission is, of course, to supply safe and reliable meat products to Coop members. Furthermore we aim for better mutual understanding between our producers and consumers to solve problems together by actively conducting inspections, by encouraging exchanges, and by research. Within such activities, the term ‘animal welfare’ has been used consciously since 2005.

Coop members want to know and understand more about cattle conditions. In fact, there was a great deal of hesitation in-house when we first took up the issue because, at that time, we did not employ the term ‘animal welfare’. But within our ‘products direct from the producer’ business, Pay System has been pursuing methods for keeping animals with reduced stress. In fact, the 5 basic principles guiding animal welfare over (1)hunger and thirst (2)discomfort (3)pain and injury (4)fear and suffering (5)realization of normal behavior, were in the consciousness of our producers and members even before the term ‘animal welfare’ was introduced. Looking back, this way of thinking behind animal welfare has always been part of our approach.

Through all our efforts, Pal System has been making real progress to cut down the quantities of chemicals and drugs used in cattle breeding and rearing through stress reduction – something which the Coop members had very much demanded. As a business, as well by improving production results, Pal System wants to contribute to the sustainable development of cattle farming (animal husbandry) in this country.