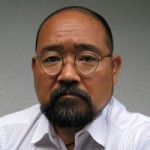 In recent years, with the development of animal behavioral studies and comparative cognitive science, our knowledge about the inner world of animals has gradually been increasing. It has become apparent that, when we think about animal welfare, it is not only their physical well-being (healthy breeding, preventing illness or injury, etc.), but their psychological well-being (pain, stress and needs) that is also important. In other words, if we are to establish a welfare for captive animals, it is essential to think about their  environment for life in terms of both physical and psychological health. A policy known as ‘Environmental Enrichment’ is considered to be practical technique towards this end. Within this, the different demands and requirements of each species have to be understood, and ensuring they can reinforce function of environmental within limited captive environments has to be addressed.
When thinking about animal welfare it is important to enable the animals to behave naturally in environments better suited to them. This means that the zoo visitors will also enjoy the experience of viewing the animals even more, and gain a more accurate understanding of animals and nature. The process expands from there. This technique for husbandry of zoo animals has now become essential.
While the term ‘Environmental Enrichment’ has now become well known generally, the issues it entails are not yet fully discussed in Japan. This workshop aims to look at ‘Environmental Enrichment’ using actual case studies.

Environmental enrichment: why it is important for zoo animals 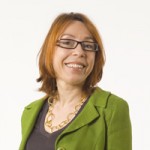 Environmental enrichment means making additions to a captive enclosure or husbandry regime, typically with a view to improving it; these additions could include new substrates (e.g. natural flooring), items (e.g. ‘toys’ or novel objects), shelters, scatter feeding, and opportunities to perform natural behaviour. To people interested in improving animal welfare, a good enrichment is one that reduces signs of stress or unwanted activities like stereotypic behaviour, and also that the animal itself values (i.e. the animal finds the enrichment rewarding to interact with). In my presentation, I will illustrate why enrichment is important, and what additional (perhaps unexpected) benefits it might have for zoo animals.
First I will discuss what captivity ‘means’ to a wild animal. Captive animals often live longer than their counterparts in the wild, because they are protected from predation, treated when they have diseases or are injured, and never experience drought or starvation. However, captivity brings with it many potential sources of stress: these include the enforced proximity of cagemates, and in badly designed zoos, the enforced proximity of natural predators; close contact with humans (which animals may perceive as predators); and the impossibility of performing natural behaviours like burrowing, hunting or flying which may be ‘behavioural needs’ (activities that are intrinsically rewarding to perform). Whether the positive aspects of captivity outweigh the negative aspects will vary according to the zoo, the type of enclosure, and the species itself. The impact of captivity also varies according to whether the animal was imported from the wild, and instead born and raised in a zoo enclosure.
When conditions are inappropriate, what do we see? Stereotypic behaviours are performed by tens of thousands, possibly even hundreds of thousands, of zoo animals around the world. These repetitive actions include pacing, head-swaying, or even repeated regurgitation-and-reingestion, and they resemble the abnormal activities of humans with psychological problems like autism or schizophrenia. These, and other negative effects of captivity (for example, poor breeding success, high infant death rates, and sometimes poor rates of adult survival) are both ethical problems because they indicate potential animal suffering, and also practical, management problems that interfere with the goals and ideals of good zoos. I will show how environmental enrichment in zoos can help reduce, or even abolish, these problems. I will give specific examples of successes and failures, as well as an overview of how well they typically work.
Finally, using scientific studies on research animals (e.g. laboratory rats, mice and zebra finches) I will then illustrate some other, additional benefits of environmental enrichment which we should also expect to see in captive wild animals. These include: better abilities to cope with stressors outside the home cage (e.g. being handled or transported); better resistance to some illnesses; making it easier for human carers to detect disease in its early stages; better brain function and improved cognitive abilities; and even greater attractiveness as potential mates to animals of the opposite sex. All these benefits are exciting areas for future investigation in the zoo world, and emphasize yet again how crucial it is to utilize successful environmental enrichment.

A Pioneering Attempt at Environmental Enrichment at Ueno Zoological Gardens 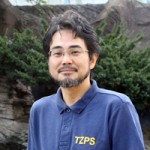 Since 1999, Ueno Zoological Gardens has been tackling environmental enrichment and its efforts have played a role in the popularization of such enrichment in other Japanese zoos. As one example of a pioneering case, I would like to introduce the zoo’s efforts to provide a richer environment for its Giant Panda.

In the paper, Wild Pandas (by Schaller G, Hu J, Pan W & Zhu J; translator: Kumata Y.; publisher: Dobutsu Sha, 1989), it states that Giant Pandas in the wild spend more than half of their day foraging for food. Pandas in zoos, however, are given man-made foods such as rice porridge, etc., so the amount of time they spend seeking out and eating food is significantly less compared to their wild relatives, who subsist mainly on bamboo. So, for the purpose of bringing the time our captive panda spent feeding at least a little closer to what it would experience in the wild, we conducted an environmental enrichment activity that consisted of partially changing the feeding method in order to increase the time the panda spent foraging and feeding.

The individual in question was a 14-year-old (at the start of the activity) male panda named Ling Ling, who died on April 29, 2008. We changed the method of feeding sugar cane from one of feeding 500g each morning and each evening to the following method.

1)  Prepare bamboo cylinders of diameter 8 to 10cm and length 30cm and with both ends enclosed by joints, make a triangular-shaped hole in side of each cylinder using a saw, and fill the cylinder with sugarcane, then feed.
(2)  Prepare 3 to 5cm diameter pieces of un-branched bamboo, cut each piece so that one end has a joint and the other end is open, firmly insert sugarcane chips, and then feed.
(3)  When feeding bamboo, do not place the pieces horizontally in the room, but place them here and there in a standing condition. Make sharp sections in the ends of  other lengths of bamboo by cutting them obliquely, stick small pieces of sugarcane onto the ends and then feed.
(4)  Hide small pieces of sugarcane or bamboo packed with sugarcane (described in (2)) here and there in the room.

After we carried out the above-described process, changes were seen in the Ling Ling’s behavior. For example, the time required for the panda to eat all the sugarcane provided at one feeding was extended to approximately 20 minutes compared with an average of only nine minutes previously. Also, the amount of time spent resting in the room without doing anything was reduced, as was the time spent moving back and forth in the same place, sniffing here and there around the room, and so on. 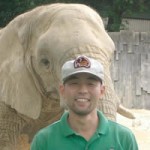 In the wild, African elephants spend 70% of any one day in eating related activities. Within a zoo, the same elephants have to be given a restricted amount of food in order to control their weight. However, they eat this food amount very quickly and then spend much of their excess time just walking in a circle, moving their heads up and down, or aimlessly swinging their large bulk.

At Higashiyama Zoo, we are trying out an animal environment enrichment program to improve the daily life of a 36 year old female African elephant named Kenny. We are aiming to prolong the length of her eating time and encourage searching activities through which she can find her food.

One method we are using is to increase her feeding times from three to eight. Then, to encourage her search activities, we have gone to a lot of trouble to hide her food, putting it in a sack or burying it in the ground. There are now about 30 different ways of providing her food.

In order to maintain Kenny’s interest for the long term we provide a different form of enrichment for each day. We select a few options (from the 30 methods) and compose a weekly enrichment menu.

Kenny’s behavior around the grazing area has been studied for a whole year to evaluate the results. They reveal that she does now spend about 70% of her time eating and looking for food, and hardly ever exhibits boredom behavior. Our research has proven that these enrichment methods can make the lives of African elephants living in zoos more fulfilling.

Today, as well as feeding-related enrichment, we are working on other enrichment methods involving taste, texture (touch) and smell as part of our efforts to improve Kenny’s welfare still further.