Workshop ⅠZoonoses: Diseases that Transmitted from Pet and Humans in Daily Life’

Animals, whether they be farm animals (livestock) or companion animals (pets) are important and necessary to the lives of humans. And, although wild animals – by definition – are separated from our daily lives, they help us understand something of the meaning of life and nature. They remind us that this planet is not ours alone. Zoo animals also provide exciting experiences for children and opportunities for scientific research.

The pets in our everyday lives teach children the importance of life as well as providing a special comfort to a great many people. Yet, we must be ever mindful that animals are living organisms that also carry microorganisms such as bacteria, viruses, parasites which are capable of causing infectious diseases. (Germ-free animals exist only under unique circumstances). So the chances that these microorganisms may affect human health at some point are more than likely. With the recent boom in the pet business people can now acquire any kind of animal, from traditional pets to wild and/or rare species. Contact with wild animals in particular increases the chances of exposure to unexpected infectious diseases. So it is necessary to be properly informed, understand how to keep our animals and be aware that a certain distance or barrier between humans and animals is required. This is not only so that we can protect our own health but also so we can protect the health of animals.

Zoonosis is not common in Japan compared to many other countries. However, in this workshop we will learn from specialists working in different fields about the general situation Japan faces regarding infectious diseases carried, respectively, by, cats, birds, goats, sheep and other animals. The purpose of the workshop is not to raise an alarm that pets and animals pose a risk to our health, but to understand the importance of keeping the correct “relationship between animals and people to protect human health”.

Cat-scratch disease (CSD) is a worldwide zoonosis caused by cat scratch or bite. The causative agent is a bacterium, Bartonella henselae which infects in the erythrocytes of cats, but the cats don’t show any clinical signs. CSD is more frequently observed in children and young adults under 20 years of age who own a young cat (< 1 year of age, especially if this cat is infested with fleas). CSD is characterized by a benign regional lymphadenopathy. Three to 10 days after receiving a cat scratch or a bite, a papule and then a pustule develop at the inoculation site. Regional lymphadenopathy develops 1 to 2 weeks after the inoculation and can persist for a few weeks to several months. Low-grade fever, malaise, and / or anorexia are often observed.

For prevention of CSD, it is recommended that only gentle cats be selected as companion animals and that cat owners wash their hands after handling pets and clean any bites, or scratches promptly with soap and water. Flea control in cats is also important for the prevention of CSD.

Brucella canis infection is a kind of zoonoses between dogs and human. In 1966 B. canis was found to be a causative pathogen in dog miscarriages by L.E. Carmichael. In such cases, the female dogs abort dead pups between 45-60 days of gestation without any other clinical signs. The dogs become infected through aborted materials, vaginal discharges, seminal secretions, urine or mother’s milk. In Japan, outbreaks were observed at laboratory dog facilities in the 1970’s. At the time, the canine brucellosis spread to not only laboratory dog but also to pet dogs. In more recent years, outbreaks at kennels have sometimes been observed.  Because canine brucellosis is not a notifiable disease under Japan’s Domestic Animal Infectious Diseases Control Law, the actual number of infected dogs is unclear. Recent sero-positivity of anti-B. canis Abs are estimated at 3-5% in pet dogs. B. canis is an intracellular bacterium so it is necessary to use antibiotics for a long period. Even after a great deal of time and effort it is quite difficult to cure the infected dogs. In the case of humans, 10 patients infected with B. canis have been reported in Japan since 1999. Because the pathogenicity of B. canis to humans is lower than those of the other Brucella strains, it is considered that humans do not usually develop clinical symptoms.

Capnocytophaga canimorsus, an intraoral indigenous bacterium of dogs and cats, can infect a human via a dog/cat bite or scratch. Our own investigations have revealed that 74% of dogs and 57% of cats have C. canimorsus in their oral cavity. C. canimorsus is known as a causative agent of serious systemic infection, i.e., sepsis, meningitis, septic shock, DIC and sometimes death. The first case of C. canimorsus infection was reported in 1976. Since then, around 250 cases have been reported world-wide and its mortality rate is approximately 30%. In Japan, 29 cases have been reported since 2002, and 8 of those resulted in death. All those patients showed severe symptoms so it is suspected that there must be many more unreported cases when the illness is only slight. More than 90% of patients have been over 40 years old and around 75% male which suggest that age and gender are key infection risk factors.

It is widely recognized that the aging society will advance in Japan, meaning that greater attention will be needed in order to avoid zoonoses derived from pet animals.

What is ‘Psittacosis’? – Worry-free Living with Companion Birds –

Psittacosis is a zoonotic disease caused by transmission of Chlamydia psittaci bacteria from birds to human beings. In Japan, a doctor who diagnoses psittacosis has a duty to report the case to the government by the law. Since 1999, about 20 cases have been reported annually, although the number of official reports has been decreasing in these years.  Prevention of psittacosis starts from detection of infected birds and treatment.  Infected birds will excrete chlamydia into their feces without any clinical symptoms. Coming into contact with this fecal material can be the source of psittacosis in humans.  If a bird shows symptoms including depression and greenish droppings, large amounts of chlamydia may become present in the feces and the risk of infection becomes higher.  However, as chlamydia is a kind of bacteria, chlamydial infection can be treated by antibiotics.

We detected chlamydia in a small percentage of samples. Compared to our previous investigations, which showed a detection rate of approx. 5%, in recent years the detection rates have showed a decreasing tendency.  Birds detected with chlamydia include cockatiels and budgerigars which are popular pet birds in Japan. Higher detection was observed in large psittacine birds including the African grey.

Chlamydia is detected by the examination of fresh feces by DNA diagnosis using PCR (polymerase chain reaction). Birds infected by chlamydia should be treated with antibiotics by a veterinarian and antibiotic inoculation should be chosen according to the species of bird. Human psittacosis can also be treated by antibiotics.

Psittacosis is a curable disease if appropriate treatment is administered but it is essential to prevent psittacosis through the examination and ordinary health care of companion birds.

Countermeasures in Japan for Preventing Zoonoses 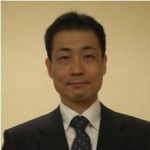 The term “zoonosis ” is used as a generic name for any disease that is transmitted to humans by animals. In recent years around the world outbreaks of new infectious zoonotic diseases have been reported, most of which are considered as non-existent in the past. To combat these animal-derived infectious diseases, Japan’s Ministry of Health, Labour and Welfare has been carrying out various counter-measures based on legislation such as the Law Concerning Prevention of Infectious Diseases and Medical Care for Patients of Infections (the Infectious Diseases Control Law), and the Rabies Prevention Law.

The Rabies Prevention Act, in particular, makes it mandatory for dogs (the main infection source for rabies) to be registered and vaccinated to prevent potential epidemic in the event that an unexpected virus enters Japan. The legislation also includes guidelines to efficiently carry out countermeasure operations during emergencies. The Infectious Diseases Control Law categorizes diseases referred to the infectivity of the agents and the severity of the diseases due to countermeasures such as nitification notification of a diagnosed patient, how to sterilize contaminated materials and how to handle the infectious animals. As required, question-and-answer sheets and other guidelines for tackling zoonoses are also prepared. In addition, research and investigations are also conducted to collect the latest knowledge so that all necessary measures can be developed.

On the other hand it is also important that people on an individual basis take appropriate action to prevent zoonotic diseases. I would like everybody, especially those encountering animals on a regular basis, to have accurate information about infectious diseases and take more care. I therefore encourage everybody to refer to the website, posters and booklets about zoonoses as published by the Ministry of Health, Labour and Welfare.