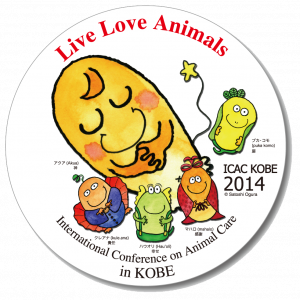 Highly pathogenic avian influenza virus (HPAIV) causes lethal infection in chickens. HPAIV is generated when a low pathogenic virus (LPAIV) brought by migratory birds from their nesting lakes in the north is transmitted to chickens via domestic ducks, geese, quails, etc. and acquires pathogenicity for chickens with repeated multiple infections in the chicken population. Now H5N1 HPAIV has spread to 62 countries in Eurasia and Africa.

H5N1 HPAIVs have been isolated from dead water birds in Mongolia and Hokkaido, Japan on the way back to Siberia in May 2005, 2006, 2008, 2009 and 2010. It is a serious concern that these HPAIVs may perpetuate in the lakes where migratory water birds nest in summer. In the intensive surveillance studies on avian influenza fulfilled in autumn of 1991-2009 in Mongolia and Japan, no HPAIV had been isolated from migratory water birds flying from Siberia, indicating that the virus had not dominantly perpetuated in their nesting lakes in Siberia. On 14th October in 2010, 2 H5N1 HPAIVs, that were closely related to those isolated from dead whooper swans in May in 2009 and 2010 in Mongolia, were isolated from fecal samples of ducks who flew from Siberia to Ohnuma Lake in Wakkanai, Hokkaido, Japan. Since then, the virus spread over Japan through wild water birds and 24 outbreaks of avian influenza occurred in chicken farms in 9 different prefectures until the end of March 2011.

Unless the H5N1 HPAIVs should be eradicated from poultry in Asia, the viruses must perpetuate in the nesting lakes of water birds in Siberia and disastrous outbreaks of HPAI must occur in Asian countries every year. It has hereby been strongly proposed to eradicate immediately the H5N1 HPAIVs from Asia by stamping-out without misuse of vaccine through international collaboration under the umbrella of One World One Health concept.

Another serious concern is the fact that cumulative number of confirmed human cases for the H5N1 virus infection, 2003-2014 is 650 including 386 deaths as of 24 January 2014. It is noted that most of the human cases (86 %) are in China, Viet Nam, Indonesia, and Egypt where bird flu vaccines are used. It is also noteworthy that in Egypt, 173 human cases have been reported since 1996 when vaccination to poultry started. On the other hand, in Thailand, 25 human cases had been reported until 2006, when the government decided to concentrate to stamping out policy without the use of vaccine for the control of avian influenza, no human case has been found thereafter.

The other concern is that the emerging outbreak of human infections with H7N9 LPAIVs occurred in China in February to May in 2013. So far the total number of cases stands at 347 infections, including 92 deaths as of 19 February 2014.

It is now known that the past 4 pandemic influenza viruses are the reassortants between avian and human strains. We have shown that pigs are susceptible to each of avian and mammalian influenza viruses, generating reassortants that acquire human receptor specificity. Since each of the subtypes of influenza A virus perpetuates among migratory ducks and their nesting lake water in nature and avian viruses of any subtype can contribute genes in the generation of reassortants in pigs, none of the 16 HA and 9 NA subtypes can be ruled out as potential candidates for future pandemic strains.

It is strongly stressed that HPAI must be completely controlled in avian species by the “stamping-out policy without misuse of vaccine” and that drastic improvement of vaccine for the control of seasonal influenza in humans is of crucial importance in order to assure the effective preparedness for the emergence of pandemic influenza.